I know this title sounds a little weird, but I will explain more why I named it eat more dirt.
This is a phrase I use sometimes when I read about all the diseases our children have nowadays.

However, in Switzerland in the 1990’s it was discovered that children who grew up on a small farm had about 50% less asthma and or allergies than kids that grew up in a non-farming environment in the same area.

The science guys over there found out that livestock and in particular the dairy cows in combination with fermented food and raw milk consumption were the protective factors. They even started calling this the “Farm effect”.

Their argument was that the microbes in the cowshed stimulated the children’s immune system so that it prevented them from getting allergy diseases.

This just relates to my idea (and I am not the only one I read now) that we live in an environment that is to clean.
• Kids don’t play outside anymore.
• Kids are in air conditioned houses, schools and cars
• Kids eat hardly and fermented food like sauerkraut.
• Kids eat too much processed food.

This studies are still too young and it is too early to even conclude anything, but Dr. Brian Christmas, who is a spokesman for the American Lung Association and a Pulmonologist (difficult word for lung specialist) at Vanderbilt University, mentioned that the results were striking. And that “they really nailed it”.

If I look back on my childhood, I was always playing outside and it was almost a punishment for me to stay inside. I probably had the occasional cold, but cannot recall that I or one of my sisters had any allergies.

This means that it makes sense to me that I sometimes say that kids have to eat more dirt to get healthier.
Our hygiene fobie is making our kids sick.

.
Note: Hutterites are from origin coming from Austria and the Amish form Switzerland. Although not many people know that the Mennonites are the original ones and they came from Holland. After being prosecuted there for their religion they moved to Germany and beyond and later to the United States. The Amish and other groups like the Hutterites separated them from the Mennonites.

It showed that the Hutterites children had less Neutrophils in their system than the Amish children.
The Hutterite children had a higher concentration of Eosinophils that trigger allergic reactions.

The Hutterites? 6 out of the 30 with Asthma and the Amish? None of them had asthma

.
After that they took dust form the Amish and Hutterite houses and exposed mice to this dust.
The result were similar to the children. Amish dust protected them from allergies.

My opinion about this?

I am not saying that we should run to any Amish house and ask if we can vacuum their house to collect dust.
But think about this and then maybe decide to expose our kids a little more to the outside air and lesser to air-conditioned places.
It is my opinion that we have to start with our babies and spend more time outside with them, like my mother did with us.
Is this really a new discovery? or something we already knew, but were told to ignore.
Hygiene is important in many ways, but there is nothing wrong with a little dirt. Especially if it can improve our children’s health.

Lets hope and pray that the pharmaceutical industry is not going to produce “chemical Amish dust” to make money of something we might be able to cure with “eating a little more dirt”.

Is this maybe why the older people like me say? Eat more dirt. 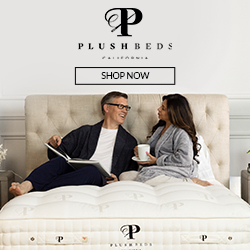